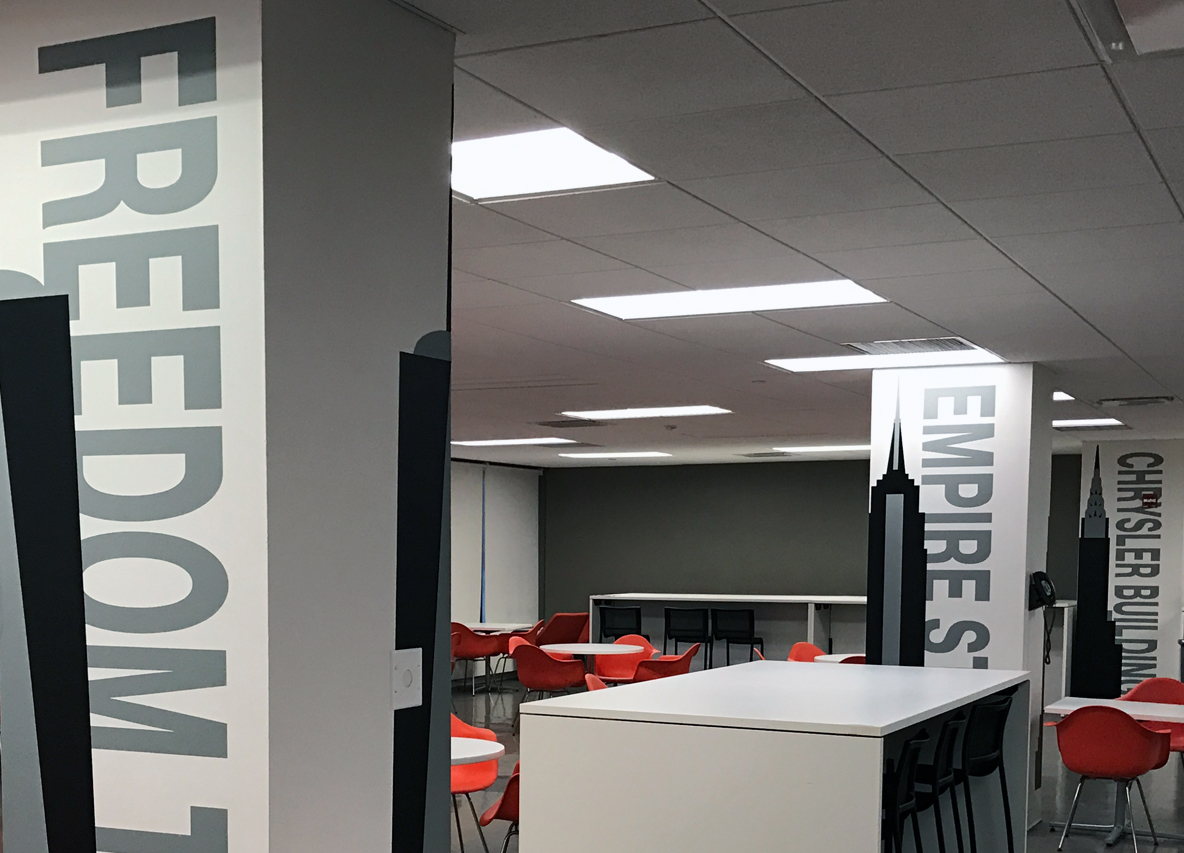 Challenge:
NYC corporate cafeteria was looking for a way to add some graphic interest to four large interior columns. The preference was local recognizable landmarks.

Result:
We wrapped the 8′ columns with vinyl depicting 4 major local landmarks. They were placed in order as they would be seen by a central park vantage point. In keeping with the contemporary room design, we opted to keep them very clean, simple and graphic in nature.